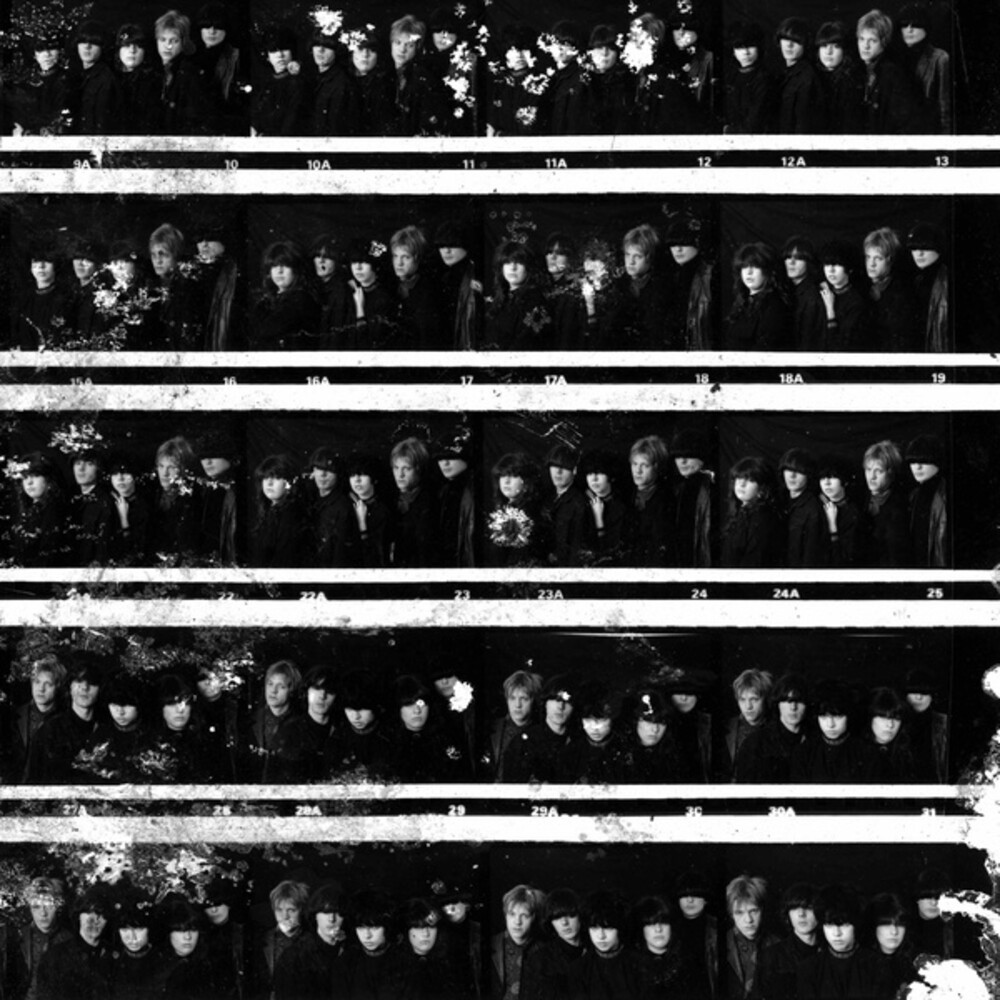 LP version. Blue swirl vinyl. A major retrospective of late '80s psychedelic garage rockers Hangman's Beautiful Daughters. A mainstay of the indie and C86 scene, the London-based band were signed to Dan Treacy's Dreamworld Records. Treacy, the genius behind The Television Personalities, played a major role in the band's birth, contributing a few songs and as producer. "They all looked dead cool: Gordon played chiming 12-string guitar licks which sounded like a dirty version of Roger McGuinn's sound with the Byrds, with his long blond fringe making him look like a tougher cousin of Brian Jones. Emily [Brown] had a sensuous, husky alto voice, and looked fine with her long wavy auburn locks, suede fringed boots and mini-skirts. Phil [King] was taciturn and nonchalant; impenetrable with his shades and dark bowl-haircut and like a cuter version of Bill Wyman. Ray [Philpott] was an accomplished, energetic and handsome drummer with a ready grin and long parted wavy chestnut hair. Sandy [Fleming] was an exuberant presence, with her raven-black short spiky hair, skinny legs and leathers; she played choppy rhythm chords on a sunburst pear-drop Vox guitar, and added her voice to the mix. There weren't many women making rock music in those days, so it was very distinctive to have two women at the front." Hangman's Beautiful Daughters were described at the time as like a cross between The Jefferson Airplane, MC5, and The Velvet Underground. Touring regularly across the UK and mainland Europe, they released the EP And Love is Blue, the singles "They Fell for Words like Love" and "Darkside", plus the album Trash Mantra (1987). All of these recordings were also repackaged and released in Germany and the US. A further EP was recorded for Dreamworld but never released, with two songs from that session, "If It Means Anything" and "King of Sweden", getting their first airing on the new release. Equally adept at producing hard charging rockers or more languid, opiate-tinged soundscapes, Hangman's Beautiful Daughters were part of the DIY culture that helped shape British guitar music. Their complete recordings remastered; Includes two previously unreleased tracks. The album comes with a deluxe 12-page booklet, featuring never-seen before photos and a history of the band written by Jowe Head, of Television Personalities and Swell Maps fame.